A new version of the pager software has been available since 2016. In addition to the normal USB and serial transmitters, this now also works with LAN transmitters from LRS. In this way, the LAN transmitter can be placed as high as possible in the building and can be reached via the computer network.

Furthermore, the installation was simplified so that the database, web server and application are installed fully automatically. The software is mainly used by logisticians and in the medical field.

With the Alpha11 Pager software, we offer practical software that can be used to send text messages to pagers very easily.

In addition, the normal pagers (coaster, lobster, pizza, SP4, aqua pager, staff pager, guest pager, SafeTouch pager) can be adapted so that they flash, beep or vibrate (or also in combination).

The pager software works via a web browser so that the software only has to be installed on a single PC. All others in the same company network can then access it via the browser using the PC’s IP address with the pager software. Of course, password protected and with the respective user name.

Application examples for the pager software: 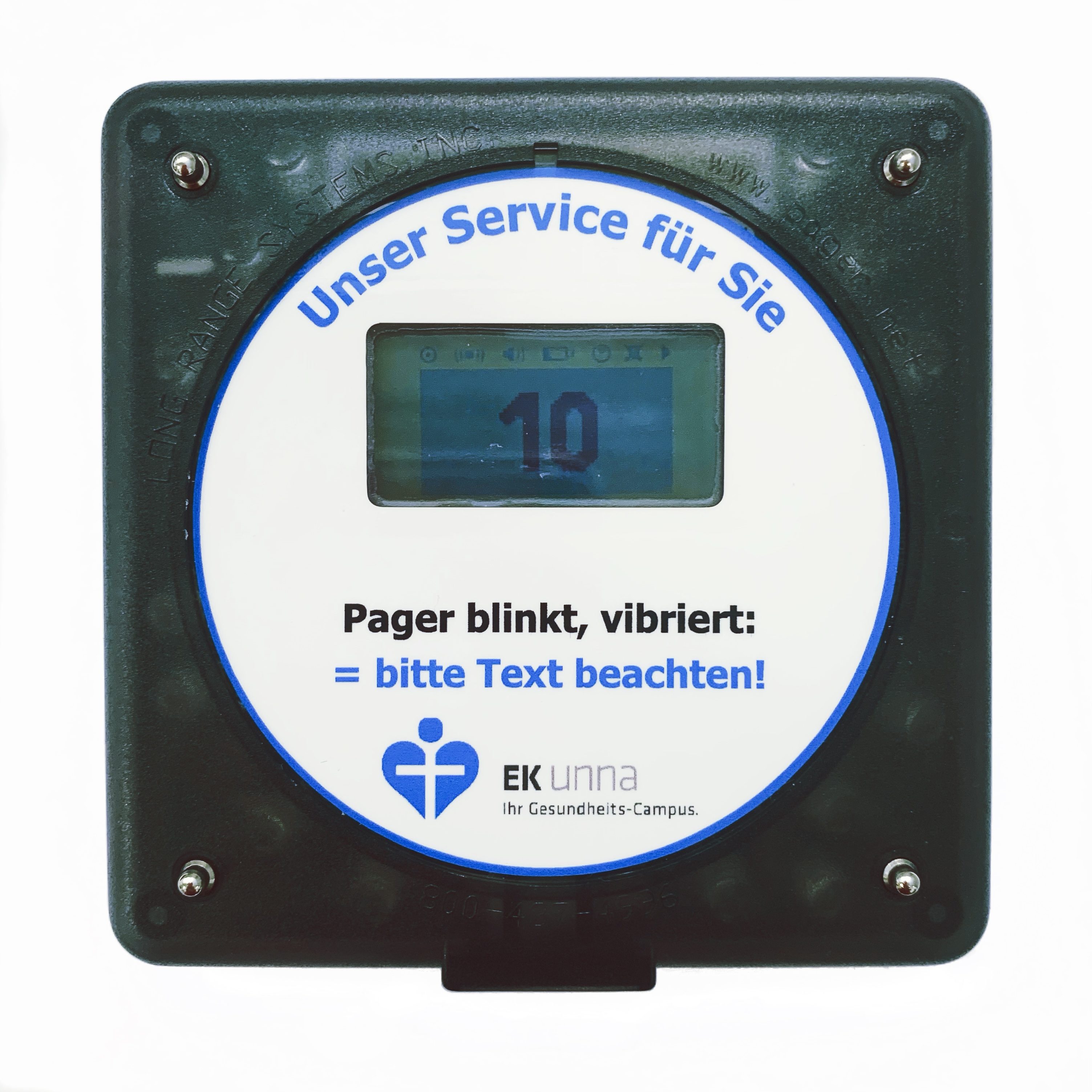